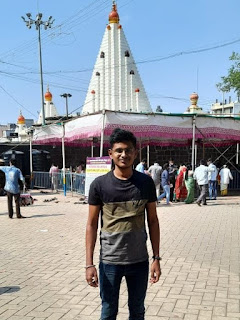 Famous Places and Things in Kolhapur

Hello, guys today we are going to see about different popular places in Kolhapur and also different recipes in Kolhapur. In this article, we will see all the well-known things in Kolhapur, from food to accommodation.

Etc. Kolhapur is very popular and these things are available in Kolhapur at very abundant prices. It is said that if you want the quality things, you should buy them in Kolhapur. So now we are going to look at the information about Kolhapur which is very good for shopping. I have given information in every way about everything given above.

The slippers originated in a small village in Kolhapur. From there it became famous in the village of Chappal taluka and later in the district. And today Kolhapur Chappal, which is famous all over India or all over the world, is known as the main attraction of tourists. It doesn’t take much effort to make these Kolhapuri slippers, which look very sleek, but if they stay in the water, they will deteriorate quickly.

So if you are going to a beach in Kolhapur, please don’t wear these slippers. Kolhapuri Chappal looks very beautiful on kurta pyjamas. This dress looks like a Marathi man’s dress. When this Kolhapuri chappal was made, even the maker never thought that the popularity of this chappal would be so high.

The most famous thing in Kolhapur is Kolhapuri Chappal. It is in demand all over India for twelve months. Similarly, some people outside the country also like to wear these slippers. Definitely take these slippers once after visiting Kolhapur.

Jaggery in Kolhapur is said to be sweeter than sugar. One of the features of this pill is that this naturally made pill looks very beautiful to digest. You can know what a sweet taste is by tasting jaggery. Due to the abundance of water in Kolhapur, sugarcane production is very high. And because of this, jaggery production is also very high here.

The common business of the farmers here is also sale or sweet sale. Sugarcane is given for making jaggery immediately after it is not harvested. In the process of making jaggery, the taste of hot jaggery is much better than any other sweet in the world. It is said that jaggery is very good for the body on cold days. After visiting Kolhapur at that time, definitely try this delicious jaggery.

Temple of Mahalakshmi in Kolhapur

Another major attraction for tourists is the temple of Mahalakshmi in Kolhapur. This temple is always open for devotees. There is a fixed period for darshan, during which you can take darshan of the Goddess. And if you want to stay there, the same arrangements are made there. You can go here with the whole family.

The feature of this temple is that after visiting Tirupati Balaji, every devotee has to visit the Mahalakshmi temple in Kolhapur. The construction of the temple is very beautiful. The carvings and towering towers captivate our minds. This temple is very famous all over India. This place in Kolhapur is also worth visiting.

As is the case in every city or village, Kolhapur has also benefited from the name Rankala Lake. You don’t have to spend a certain amount of time to see this Rankala lake passing through the main city. You can also see it from the bridge. If you are tired from the long journey, if you go and sit by the lake, all your tiredness will go away.

This sari from Kolhapur is very famous for its special attraction for women. The design of the sari and the fine work in it is the fame of the place. Similarly, this sari is folded in a special way so it looks very beautiful when worn on the body.

You can take this sari to visit someone. Everything here is priced so definitely a must-buy after going to Kolhapur.

These ornaments are very popular as they are designed with a specific style of Kolhapur. These ornaments are in great demand all over Maharashtra as well as in other states. These ornaments look great with their captivating carvings and distinct elegance. After coming to Kolhapur you will see a lot of shops in which you can find this jewellery.

Here are some things to look for when shopping in Kolhapur. Every place has something of a feature and if you know it, its curiosity grows even more. So in this article, I have given information about all the famous things in Kolhapur. Similarly, all this is known as the fame of Kolhapur. It is in demand all over the country. Since you need all the information before you go on a tour, I post this type of writing on a regular basis. If you like it, please follow us. Hello friends, how are you all, in today’s article we will see how to choose the right place to go …

Whenever we go to any for tourism, we wonder exactly what to do there. We don’t know much about the …

If you are a tourist and interested in visiting Maharashtra, then today I am going to tell you about the …